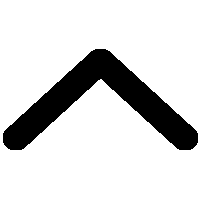 You have to have a few rules, but I recommend everyone gets their mother-in-law in the garage.

I was going to begin at Bakkenteigen, at the University of South-Eastern Norway as it’s called now. And so I needed a summer job and the hotel here in Åsgårdstrand needed some not very skilful serving staff. And that’s where I met Trude and we actually got together on the very first day. Then we moved to Oslo for a little while when I began at the sports college, because I didn’t actually begin at Bakkenteigen then. After three years, we moved back to Åsgårdstrand and actually started a family. And now your mum and dad have moved into the garage.

So I’ve got my mother-in-law in the garage and it works just brilliantly. Especially when you’ve got kids, because then they’ve got someone to come home to, and they are enthusiastic and have done homework there. So that’s been completely fantastic. Now the kids are grown up and have left home and now we look after them.

And it’s easy to get a job here. I began at Bakkenteigen and took a degree there and easily got a job here afterwards. Trude was a trained teacher and got a job straight away. So that’s one benefit of being here: it’s pretty easy to find work.

And you really love mucking in, Terje.

Is that the new bathing cabin?

Yes. This is what’s going to be just over there.

What’s fantastic here is that we’re a bathing town. And in a bathing town, you bathe all year round, and that it’s good to have somewhere to have a shower or perhaps sit in a sauna

after you’ve been out for a swim. And that’s what we’ve thought about building now.

And we’ve got plans to put it right there. And then you can in the sauna and look straight out here. When it’s 4 or 5 degrees in the water and you duck your head in, you just can’t think about anything else.

We feel that it’s a very small house but then we live both inside and outside. Kind of use it on both sides.

Built for every occasion.

Now we’re up in the tower where we actually have a view of the sea. We get everything.

We have a sea view and evening sun.

So in Åsgårdstrand we’ve got everything. The sea, you’ve got the land, you’ve got the sun, lovely summers, and in the winter we make ski trails right past the houses here.

Putting it simply, Åsgårdstrand is a unique place to live.